We work with festivals across the country including Glastonbury, Bestival and Blue Dot as well as smaller scale community festivals. No matter the size our aim is the same, to delight your audiences with moments of wonder.

Our huge mechanical puppets and creatures can be booked to provide large-scale spectacle as walkabouts in festival sites. Dr. Kronovator’s Fire Laboratory is the perfect way to thrill your audiences after dark. Our fireworks displays are renowned for the imagination, beauty and power that we invest in our designs; uniquely choreographed, often to music, and responsive to each festival’s brief and site.

EEA is in a unique position as we can deliver on all aspects of your event spanning both the artistic and the logistical.

We can bring great art to your event, including moments of spectacle, site décor, programming and workshops. Or we can create your event from scratch taking on the event planning and logistics, licences, site infrastructure and traffic management. Health and safety at an event is always paramount and must come first on the list, however with EEA being an arts company we can also bring high aesthetic values to your event.

Contact us to talk to us about how we can work with you to bring your ideas to life. 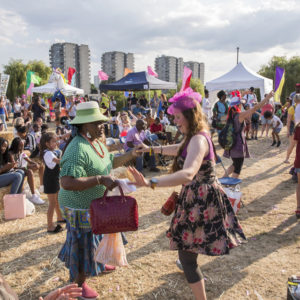 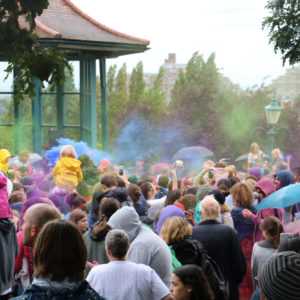 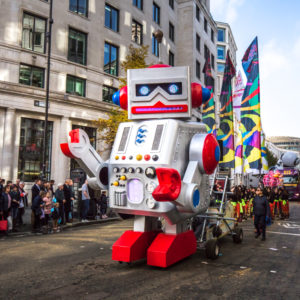 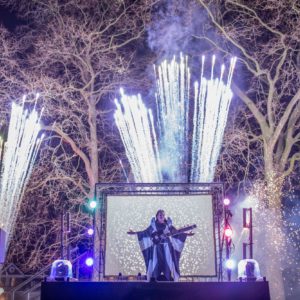 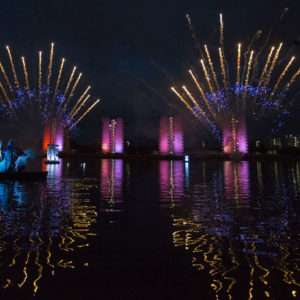 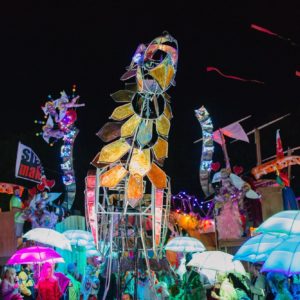 In July 2018 EEA bought their fire show, Dr Kronovator’s Fire Laboratory to Blue Dot Festival’s overnight area. Running from midnight until the wee hours over three nights the show entertained thousands of people in a truly unique manner, immersing them in a fiery and aural landscape in which to explore. The installation provided a whole new experience for a festival audience, instead of being asked to stand back and observe they were invited to participate and become part of the performance, all within a (carefully controlled) vista of fire.

Thamesmead Festival – EEA has produced the Thamesmead Festival since its inception in 2017. EEA are responsible for the programming, site décor, infrastructure, and moments of spectacle. EEA also runs community outreach programmes in the run-up to the event making artworks and performance pieces, which gives the local community a strong bond to a festival that they really feel is theirs.

In September 2017 the festival in Southmere Park attracted thousands of local people to come and watch local performers on the main stage, participate in a dog show as well as arts and craft workshops. The event was finished with a procession to the lake followed by a large-scale finale on the water involving majestic floating swans, the exterior lighting of the four iconic tower blocks and a fireworks display from pontoons on the lake set to music.

In 2018, the festival moved to July to become a summer-time festival. The site and programming was expanded to include a food market and second stage and the footfall and popularity of the festival greatly enhanced. The finale of the event included the arrival of a large carnival procession in which schools and community groups from Thamesmead participated, having made costumes and artwork in workshops run by EEA prior to the event.

Cookies help us deliver the best experience on our site. By using our site, you agree to our use of cookies. Learn more Got it

Keep in touch with us for all our latest news, events and opportunities.

No thanks
This site requires JavaScript to be enabled to work properly. Some parts of the site may not work correctly. Close